You are here:
Research & Development 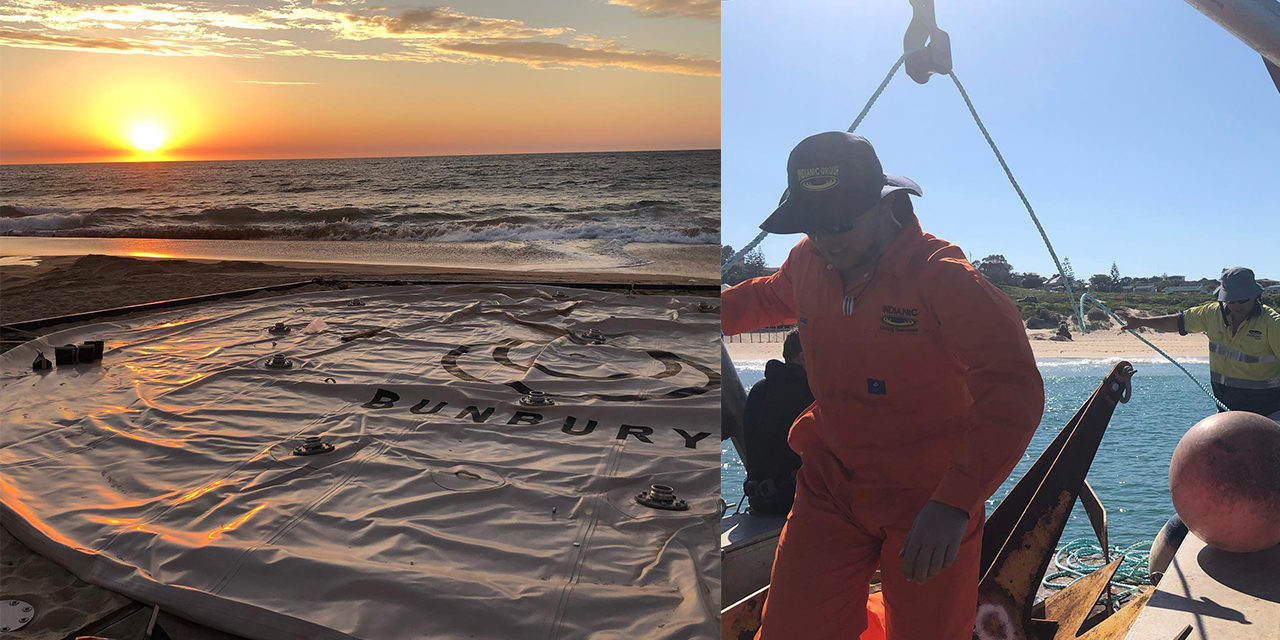 It was another fair-weather day in the idyllic regional port city of Bunbury, Western Australia. A light breeze blew over the sand as light sparkled over the water. What many of the locals didn’t realise, is that a groundbreaking experiment was taking place on their shores. It would change the way we experience surfing forever.

From an operational standpoint, getting Airwave into the water for the first time carried a series of challenges. Make one mistake during assembly, and the entire operation is wiped out. “We went from a prototype 1/20th of the size, which is tiny, to having a full-size product in the ocean,” said Waveco founder, Troy Bottegal.

Yet there was no need to worry. Operational plans were in place and a skilled team were ready to administer the rollout. The big day was here at last. 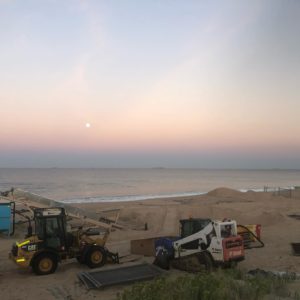 Starting at the port in Perth, the Airwave was transported down to a storage facility in Bunbury. From here, ocean conditions were checked before the big day. For optimal results, the trial took place at the beginning of the year when the swell is traditionally calm. Troy explained, “We had to install Airwave in flat conditions. No undertow, no huge tidal or that kind of stuff.”

The beach was cordoned off to ensure the safety of curious onlookers, wondering why a UFO was being submerged underwater. While the Airwave was unwrapped, a bespoke hexagonal frame was floated out to sea and dropped onto the ocean floor. Temporary anchors were attached to the frame by divers to keep it steadily in place.

An industrial sand system on the beach on the beach began shifting 140 tonnes of sand into a hopper to create a slurry mixture. The process of pumping this mixture into the Airwave had begun. While this stage took around twelve hours, Troy believes this could be trimmed down to six in the future. A significant part of the research and development process involved getting the sand slurry consistent. As-well-as perfecting the logistics of mixing, administering and pumping it. 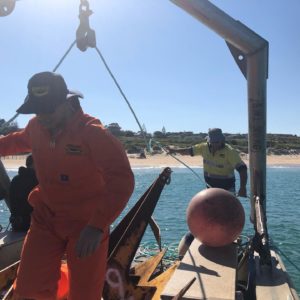 With the Airwave successfully submerged in two and a half days, it was time to embody the surfer mentality and wait patiently for the swell to return. Troy ran us through the minimum swell size required for surfing, “a one-metre swell should create shoulder to head height waves. Two-metre swells should create waves one and a half times your height on the wave face.”

Finally, on day five the swell returned. It was showtime. “There was a swell that turned up on the fifth day that made waves break,” Troy recalled, “a hundred spectators saw two waves break and it peeled off, demonstrating exactly how the Airwave should work.”

But on the back of this success, the trial came to a stop. An issue became apparent stemming from internal pressure on one of the glued seams. This caused a small rupture that continued to enlarge throughout the day

Troy reflected on this pivotal moment, “There may be experts in making bladders, but no one is an expert in making Airwaves! Our approach was: let’s make it and break it. Every prototype is designed to be broken. So if you’re not breaking it, you’re over-engineering it.”

The choice of materials could only be tested in a real-world trial, which proved to be unworthy for wild ocean conditions. Throughout the design phase, the Waveco team were cautious of creating something too heavy to ship around the world. Another design goal was to keep the Airwave affordable, which also includes delivery costs. Striking this balance requires live ocean tests and a trial and error approach.

Safely removing 1.2 tonnes of rubber from the ocean in under four hours was a huge success for the team. “The beauty of Airwaves is you can take them out of the water easily if they prove to be problematic in any way,” said Troy. Compared to concrete or other fixed structures, the Airwave passes all environmental standards.

Troy expanded, “There’s no trace of the Airwave in the ocean. No debris, no anchors, nothing. That’s exactly what we proved, it’s removable and inert in the environment.” 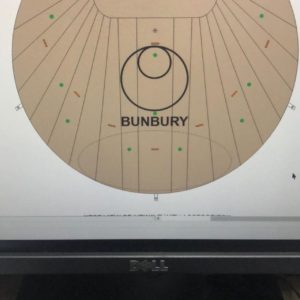 Troy reflected on the experience, “we had to look beyond the first trial. If you look at the Wright Brothers, they didn’t settle for their first material!”

The only setback with Airwave 1.0 was the industrial adhesive, the bonding method that was supposed to keep the Hypalon seams together.

Find out what’s in store for Airwave 2.0

The remedy for Airwave 2.0 is to weld the material together, creating an impenetrable structure. The material is designed to open slightly. To breathe, but never to break. Waveco is currently in talks with their existing overseas manufacturer to meet these requirements.

Speaking to his investors on the ground, Troy wastes no time lamenting, “Let’s cut our losses, bite the bullet and move on to phase two.” 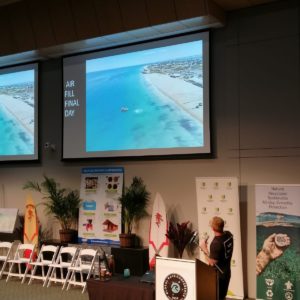 Troy reflected on the journey so far, “considering the cost of installation and R&D, at $250,000AU, it was a very cost-effective ocean test.” With calmer seas from January to April, now is the golden window to invest in Airwave.

With the opportunity to grab an equity stake in Airwave, Waveco is considering investments on a case-by-case basis. Like any seasoned surfer, Troy looks to the horizon patiently, “We’re willing to wait until the right investor comes along.”