The ‘failsafe’ design changes inside Airwave 2.0

You are here:
Research & Development

After a successful phase one trial, the team at Waveco returned to the drawing board, making some essential design changes to Airwave 2.0.

While the original design was modelled on a bathroom light fitting, the second iteration is taking lessons from their real-world ocean trial in 2019.

Airwave’s founder, Troy Bottegal, reflects on the experiment, “our learning curve has been steep. Everything we have learnt has been put into the design and practicality of the second version. Very little else needs to be done to ensure success.” 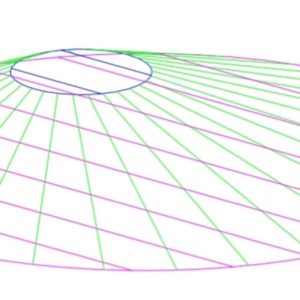 Creating the design spec and finding the right material comes with experience. But finding a manufacturer in the first instance was challenging as Troy revealed, “everything we asked our manufacturers for was completely out of the box. Some manufacturers won’t even talk to you because they think you’re crazy!”

“The serendipity event was finding the right manufacturer who A) wants to work with you on design B) suggests a material and C) wants to actually execute. A whole lot of stars had to align for an overseas factory to say ‘y’know what, we’ll take a crack at this!’”

Now with final blueprints in hand, it’s easier for a manufacturer to come into the second phase of Airwave. 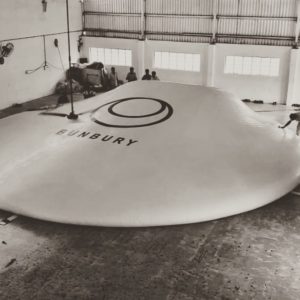 Looking back at the phase one trial, the operation proved a success, but it was clear the industrial glue had to change. The conclusion: welding the Airwave at the seams to create a product that’s up to three times as strong. It’s this ‘failsafe’ design choice that allows the Airwave to open slightly and ‘breathe’, but never come apart.

Another design change we can expect is the use of TPU or Thermoplastic Polyurethane. This salt water-resistant material replaces the Hypalon rubber used previously.

Troy explains, “TPU has come along fairly recently. It’s used in fuel bladders and a lot of military applications. It’s super strong, super light and is less soluble compared to other substances. Therefore, it’s more inert in the environment than the Hypalon we previously used.”

Finally, the Airwave 2.0 will be maintaining its trademark dome shape with some minor adjustments. The base diameter will be increased from 12 to 13 metres, while still containing 100+ tonnes of sand. The ocean side curve will be dropped and softened, making it less abrupt than previously.

With the kinks ironed out, the hunt is on for the perfect A-frame wave structure. Troy raised the bar, “we’re happy with the construction and installation, now we’re purely looking at the wave created and the effect on the sand environment.”

Here’s what the Waveco team expect in the second ocean trial:

The science of sand

To most onlookers, the wave is everything. But beneath the water, there is a complex weaving of sand that affects everything on the surface.

Troy and his team are on a mission to understand the mysteries locked inside. He said, “sand science is the next chapter for Airwave. What happens to the conditions of the sand over time is something we will study closely.”

The University of Western Australia is sending a team of students to Bunbury to observe the effect Airwave has on the ocean floor. It will be a world-first scientific endeavour to understand how sand formations are influenced by artificial reefs.

Troy is looking towards early 2022 to bring the second iteration of Airwave into existence. He said, “We have a calm seasonal window from January to March. That’s the first opportunity to put Airwave in the water.”

Contact troy.bottegal@bigpond.com to find out more about investment opportunities.