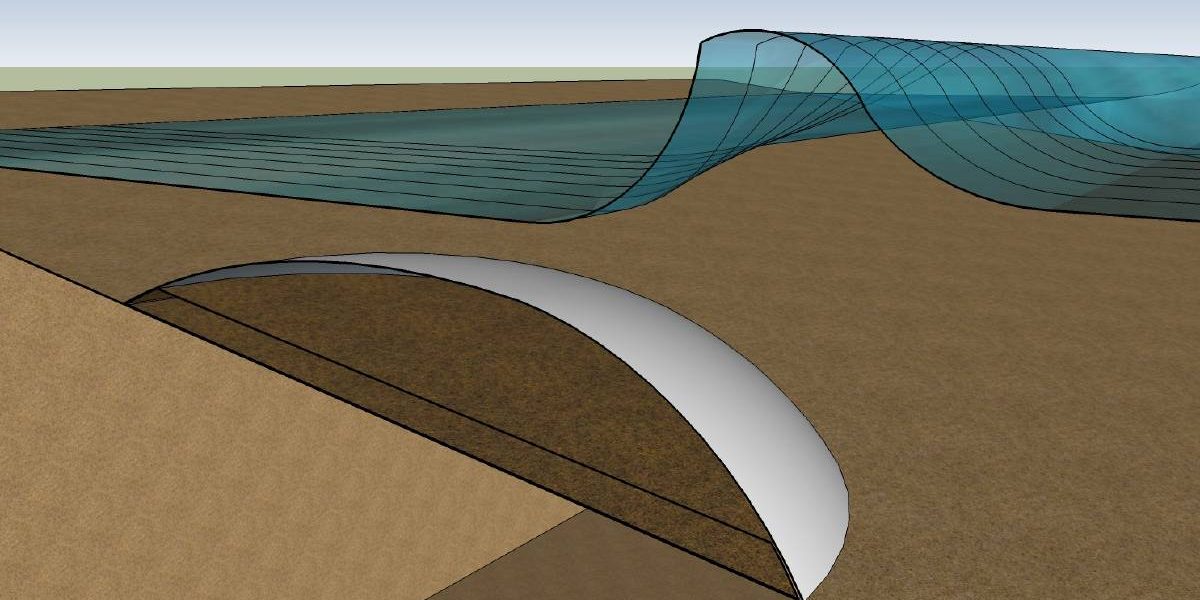 The idea is to install the artificial reef at Back Beach, Bunbury. Mr Bottegal has already done some small scale testing and now believes this is the perfect spot to create reliable fun waves up to 6 foot high.  This would attract more local surfers and body-boarders rather than have them travel elsewhere which will be great for local tourism.

Although swell can be great, it is sometimes hard to predict where the waves will break making surfing quite difficult. The artificial reef will bring certainty and predictability and create a surfer’s heaven.

The artificial reef has been designed to be environmentally friendly, both to the Ocean and the local coastline in terms of reducing erosion.

In the above video, Troy explains his idea and how this can transform beaches and tourism for Bunbury and ultimately other resorts too.

The 60-day Kickstarter campaign has been launched to raise private finance for a trial of the project called Airwave.  The objective is to raise $250,000 to cover initial costs such as installation and insurance.

Troy wants to involve the local Bunbury community in the one year testing period by taking footage with HD video and drone cameras.